Before understanding the features of the Indian Indian Economy, let us first try to understand the word ‘economy.’ If a dictionary is searched, the word economy carries the meaning –

“state or condition of a country in terms of production and consumption of goods and services and the supply of money.”

It is thus very clear that any country’s economy clearly highlights the financial conditions of any country.

As per historical findings, for a duration of 1700 years, the Indian Economy was occupying the top most position in the world, constituting about 35 – 40% of world GDP. The policies that governed the features of the Indian Economy happened to be a combination of protectionist, Fabian Socialism, import-substitution, and social democratic, which lasted during British Rule and for few years after the attainment of Independence.

Continuing the economic liberation, from 1991, India was gradually moving towards the existing market-based economy. By the year 2008, the Indian Economy already grasped the position of the fastest developing economy in the world.

Also Read: Indian Economy On The Eve Of Independence (1947)

Let us now have a walkthrough through the features of the Indian Economy before independence. Under the British rule, India’s GDP witnessed both growths in absolute terms as well a decline in relative share to the world.

During the 17th century, India was seen as an urbanized and commercialized nation with an abundance in the production of cotton, spices, rice, and silk. At that time, India was considered the world’s main producer of cotton for industrial purposes. This was evident from the exports made to Britain as well as other European countries from India.

As soon as the British gained rule over India, it is even believed that it witnessed a severe decrease in Industrialization due to the colonial policies adopted by the British rulers. Historians firmly believe that this colonization is the main cause of deindustrializing India.

The colonization approach adopted by the British mainly made the Indian Economy as an Open Market System. It meant that Britain’s imported goods could be sold in India without any kind of duties or tariffs. On the other hand, the local Indian producers were forced to pay huge amounts for selling their goods.

Even the Indian textile failed to uplift the economy. Heavy taxations and bans were imposed on these textiles in an attempt to make it difficult and almost impossible to sell their goods in the country. But the raw cotton were exported from India for free; that is, no taxes were imposed on them.

In contrast, many historians firmly argued that British rule was beneficial to the rural economy of India. It is believed that the British invested millions in irrigation and industries after the 1880s.

Therefore, one can conclude that the features of the Indian Economy had a mixed feature even under British Rule.

Features of Indian Economy at the time of independence

“The average annual growth rate of per capita income in India was even less than 0.5%.”

Although India had attained independence, its economy was still underdeveloped. Being underdeveloped, the features of the Indian Economy were :

Let us first understand the meaning of a depreciated economy. In any economy, the factors of production may lead to wear and tear with extensive usage. If required action is not taken for replacement of depreciated factors, the stock of gross capital faces a declination. This gradually results in a decrease in production capacity.

That was about the meaning of a depreciated economy. Moving on, at the time of independence, the Indian Economy was depreciated. The depreciation was much more evident after World War II. This was mainly because at the time of war, India had to supply large quantities of goods to Britain, for which the payment was made. But as there was no real capital, the Indian economy faced depreciation.

There happens to be a saying – “India is a rich country inhabited by poor people.” No, this saying does not make a comment on people’s living standards or financial status. This statement mainly means that India is a country that is rich in terms of available natural resources, but these resources are never fully utilized.

It means there exists a problem in not using the available resources for production, and the problem is the poverty of people. Since the natural resources were not utilized, the production kept decreasing, and the poverty level witnessed a sharp rise over the years.

Unemployment was another feature of the Indian Economy at the time of independence. Due to the huge population pressure, there was an acute shortage of jobs and efficient labors. This led to an increase in the rate of Unemployment.

As told before, under the British Rule, Indian goods sellers and textiles had to pay heavy duties, and the Indian market was made open for the benefit of the British peoples. Thus the capital was nearing a decline, an, there happened to be no real capital at the time of world waral. 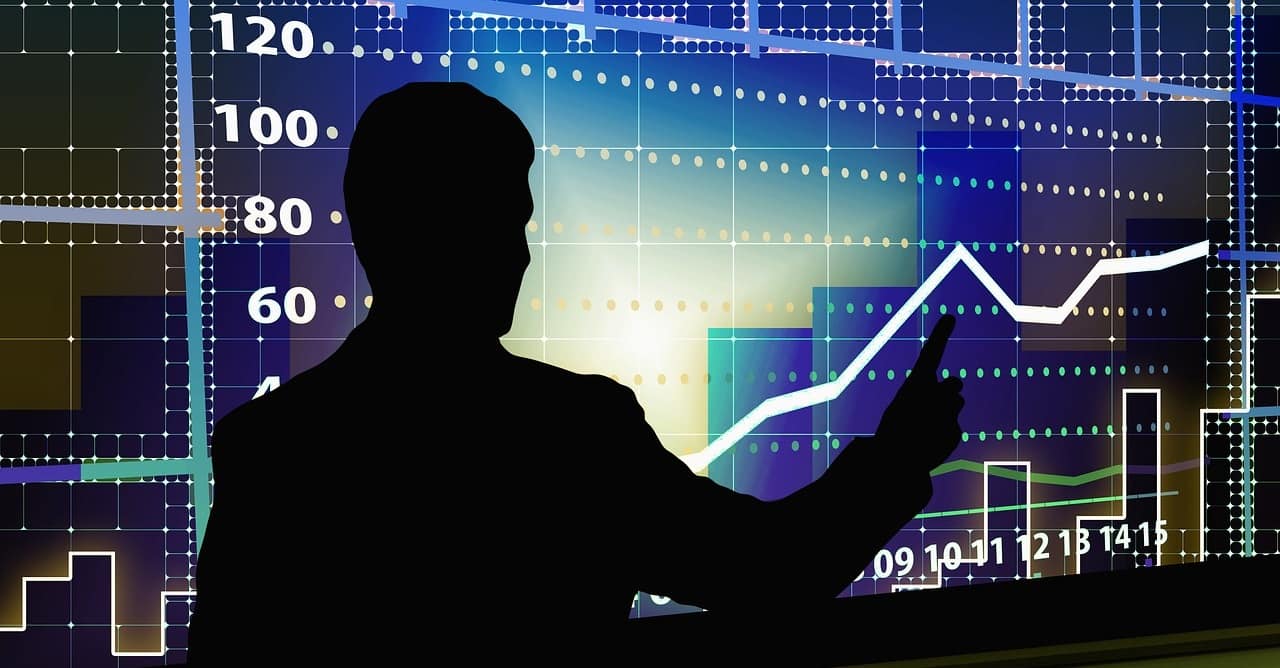 At the time of independence, India was a backward country in terms of industrial advancements due to the deficiency of the basic industries. Also, only Tata Steel and Iron stood as the heavy industry of India.

From this, one can infer that the production of machinery in India was very low and almost negligible. This led to backwardness in the development of the country.

The agricultural sector has always occupied the position of the main sector in India. This, however, in contrast with the structure of the economy of any developed country. On an estimate, around 70% or even more than that amount of India’s population is actively engaged in agriculture.

Therefore, we can say that the Indian Economy was mainly dominated by the agricultural sector at the time India gained independence.

These were the salient features of the Indian Economy at the time of independence.

Features of Indian Economy After independence

India has continuously been trying to set itself at par with the developing nations in the world. With its mixed nature of the economy, both the private and public sectors working together, India has been able to successfully flourish its market economy in the world.

Some of the features of the Indian Economy, as of now, are mentioned below:

As a comparison to other countries, India’s per capita income is found to be very low. This is, in turn, responsible for the rising unemployment in the county.

In 2005, the per capita income of India was estimated at $720 by the World Bank. This figure happens to be very low in comparison to any other developing or developed country.

Thus it is no longer a doubt that a large part of the Indian Economy is dependent on the agricultural sector and primary production.

Increasing population pressure has always been a striking feature of the Indian Economy. It is seen that this high growth rate is being maintained in India since 1950. The increasing rate of birth has seemed to form an alliance with the decreasing death rate. Thus decrease in the death rate is also a factor to causes the population pressure.

An increase in population is also impacting the basic requirements of an individual like – food, shelter, education, etc. It is also responsible for the increased requirement of labors in the country.

One of the prominent characteristic features of the Indian Economy is a deficiency in the capital. For under-developed countries, the use of energy and steel (crude) works as an indicator of capital deficiency. The present rate of capital is found to be very low for India.

The main cause of this capital deficiency is the lack of proper investment and improper methods of savings. Population pressure is another big factor for deficiency.

According to the reports from the Reserve Bank of India.

The unequal distribution of wealth impacts the Indian Economy severely.

In terms of natural resources, as mentioned earlier, India is a rich country. However, the utilization of these gifted natural resources is very poor. Mostly the resources or the available areas could be utilized for various reasons, such as – inaccessibility, capital deficiency, etc.

The usage of primitive production methods is only one of the reasons that contribute to the underutilization or improper utilization of India’s natural resources. It is quite possible that if these resources can be utilized properly, the Indian Economy may witness a better advancement in the future. It may also help indirectly in lowering the population pressure.

In a developing country like India, lack of technological advancements is one of the economy’s important features. The economy of India also seems to suffer a lot from technological backwardness.

The production units generally require modern technologies which are quite expensive. Employing skilled labors, who can operate such technologies efficiently, is another challenging issue.

Another important feature of the Indian Economy is the lack of infrastructure, which is one of the serious problems faced. The infrastructure includes mainly transportation and communication facilities, electricity facilities, etc.

The agricultural sector and industries of India require the most part of the available infrastructure. Since the availability of infrastructure facilities is quite less, these two sectors suffer the most and, in turn, affect the Indian Economy.

Although it is a feature of the Indian Economy, it rather seems to be a serious threat to the country’s economy. Illiteracy is the main cause of poor quality of human capital. Although it is free, basic education happens to be an increased illiteracy rate in India, thus reducing economic growth.

Before going into the detailed impact of this feature, let us first understand the meaning of demography. As per the dictionary, Demography is,

“the study of statistics such as births, deaths, income, or the incidence of disease, which illustrate the changing structure of human populations.”

In simple words, demography means the composition of a particular human population.

Thus we come towards the end of the discussion. Now that it is known about India’s economic condition, in the beginning, continuing to the present day, one thing is evident that our country has always improved. Although one may realise some shortcomings in the features, there is always a way for improvement. I hope that this article was helpful.