Japan is often called the Land of the Rising Sun. The land is beautiful and, the people love their country for the joy it offers. Japan is much more than spectacular sunrises and peaceful monasteries. It is the sprawling and joyful city of Tokyo and the mountains and hills that cover the land of Japan.

If you ever visit the place, be sure that you visit the snow-covered mountains in Japan and the peace it offers will settle in your heart forever.

Here is a list of the ten most famous mountains in Japan that will convince you to visit the place at least once.

10 Most famous mountains in Japan

There are many mountains in Japan. Some of the major mountains are listed below. If you are visiting the place, you must check out this list.

If you have heard of Japan, you must have heard of Mount Fuji. It is a conical-shaped mountain that is located at Honshu. It is the tallest mountain in Japan and stands at a height of 3776.24m. It belongs to the three sacred mountains in Japan.

It has many lakes and it gives you a picturesque scene to look at. It is so beautiful that it looks like a painting from far. The food around here is great. Bathing in the hot spring gives you an other-worldly experience.

The mountain is very famous. It has been featured in many iconic cartoons and anime like Shin Chan. It can also be seen on stamps and paintings.

It is the perfect place to go on a trek and click great pictures. The best time to visit the mountain will be between July and September.

It is considered one of the best hiking spots and a lot of people visit the place to enjoy the trek. It gives you an excellent spot to go for a short weekend trip.

It gives opportunities for activities like cable cars and clicking pictures in snow-capped walls.

Mount Takao is only 599m tall and so a lot of people can easily climb the mountain. It gives an excellent view which is both serene and beautiful. One of the most famous mountains in Japan.

It attracts the largest number of climbers since it is accessible from the city of Tokyo.

The mountain is the most famous mountain after Mount Fuji. This is the place you go to enjoy real Japanese cuisine. 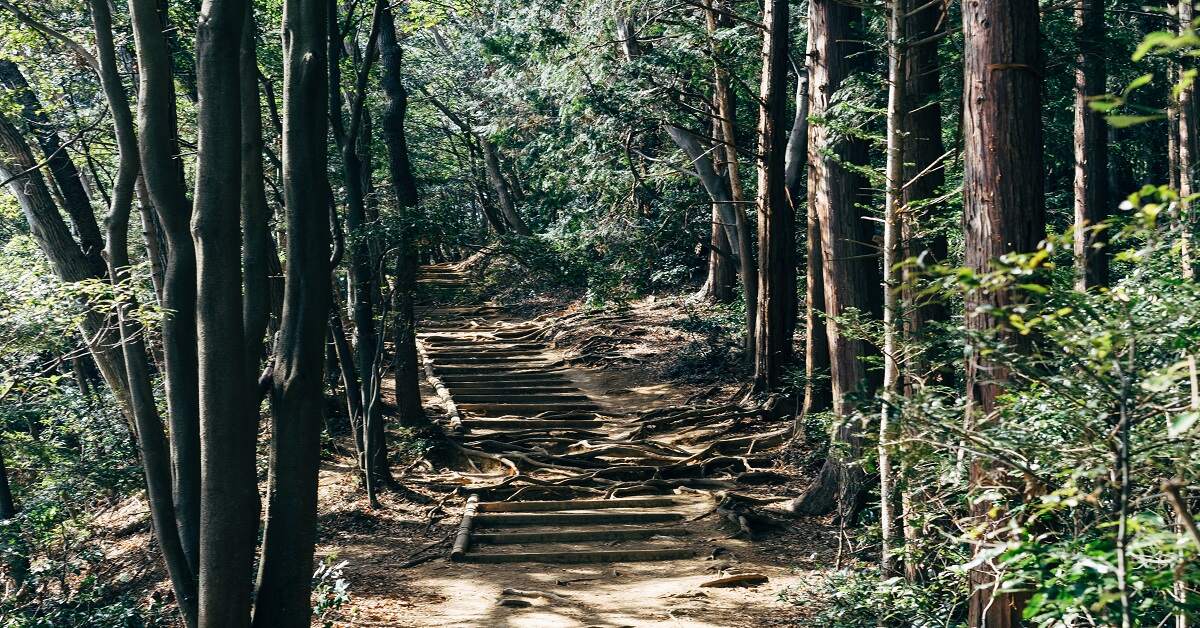 It is another one of the accessible mountains in Japan. It is a mere 90 minutes journey via train from Tokyo. You can also reach there via cable cars. It is a popular destination for people who want a break from the city.

The major tourist attractions of the place are Musashi Mitake Shrine, the scenery around the place, real Japanese food, and the peace the place offers. Once you reach the shrine you can further hike towards different valleys and hills. There is also a beautiful spot called the Rock Garden. It is a very picturesque little value with a small stream in the middle.

It belongs to the area of Chichibu-Tama-Kai National Park. You will find detailed maps for hiking at different locations that will take your hiking experience much smoother.

Mount Kita is the second highest mountain peak in Japan. For many climbers who want an exciting climbing experience and don’t want to climb Mount Fuji, this might be the best location for you.

The difficulty level of the hike is moderate. The nearest city to the mountain is Kofu City. The USP of the mountain is that it gives the best view of Mount Fuji in entire Japan. The hike in itself gives you spectacular sceneries to enjoy. You can choose different climbing routes for the hike and enjoy the different views and valleys it offers.

You can complete the entire hike to Mount Kita in about two to three days. You can take more days if you want to explore more valleys and hills.

Mount Haku is considered one of Japan’s Holy Mountains. The mountain lies in the Hokuriku Region in Ishikawa on the borders of Gifu, Fukui, and Ishikawa.

The mountain is accessible via public transport like trains or buses. You can also travel to the mountain by car.

The hike is strenuous and you have two different routes to reach the top. One of them is the Bettodeai route which is more famous and more traveled and the other one is Ichinose Campground.

The summit of the mountain is home to various volcanic lakes. The view is spectacular. There is also a shrine called the Shinto Shrine. Some other tourist attractions are the Murodo lodge and post office.

It is a great option if you are an experienced hiker and you are looking for a challenging hike.

The height of this volcanic mountain is 924m. It is one of those mountains that will give the view of beaches and seas. It lies in the Kagoshima Prefecture. It lies in the Kirishima-Yasu National Park.

It looks amazing with a perfectly conical shape. The hike takes about four to five hours. Take water and food with you as you might not find many shops up there.

The summit of Kaimon offers a great view with a lake on top. Sea surrounds the mountain.

The mountain is located near Cape Nagasakibana. The neighborhood has Flower Park and also Chiran Town. If you travel via car, it will take you about two hours from the city of Kagoshima. You can also take a train for your journey.

Mount Norikura is spectacular during the winters. It is situated at a height of 3026m and also gives you a snow hiking experience. It is also a volcanic mountain that is shaped like a saddle.

It is located along the borders of Nagano and Gifu Prefectures. It is the highest mountain in the northern Alps of Japan.

The hiking experience is simple and, it is very accessible as buses take you even up to the summit.

People often visit this place during the fall season as it shows a great variety of fall colors and scenes. So the best time to visit the place will be October.

You can visit the mountain via bus or car. Buses have different routes as the roads are closed during the winter season from the Nagano side. You will have access to the roads from July to October.

Mount Yufu stands at a height of 1584m. It is unique because of its two peaks that are merely fifteen minutes away from each other. It is also called the Bungo Fuji.

It is also a volcanic mountain and gives spectacular views from the top.

Major tourist attractions include the hot springs and the lush green plains in the summers. It is one of the major Mountains in Japan.

If you want to visit the mountain if you will first have to take the train and then take the bus.

The best time to visit the mountain will be during the summer season for its beauty and greenery. There are train stations that you can reach and then carry on your journey forward.

Mount Maya is located in the Rokko mountain range which is to the north of Kobe city. The scenery at night is called the ten-million-dollar night view as it offers the best night scenery.

If you want to visit the top then you will have to hike or you can take cable cars. The summit has many cafes for refreshments.

During the hike, you will find four stunning waterfalls, and then if you wish you can also take a detour to the Nunobiki Herb Garden.

Reaching the top of the mountain takes about three to five hours.

If you choose to go via cable cars, it will offer you a stunning view of both Kobe and Osaka cities.

There are various mountains in Japan. Over a hundred mountain peaks are celebrated and visited by the people of Japan and tourists.

It is one of the major tourist attractions and something that gives peace and escapes from the stressful lives people in Japan have. Nature has blessed the country with spectacular views from summits and a great number of lakes on the tops. It also allows them to make major national parks and animal Shrines. You will find that all the mountains in Japan have a shrine on the top. This is like a custom for the country.

All of the mountains in Japan are accessible and have different heights and hiking techniques. There is everything, if you are a beginner you will find a place there and if you are experienced then too you have many options.

It is indeed a heaven for mountain climbers. 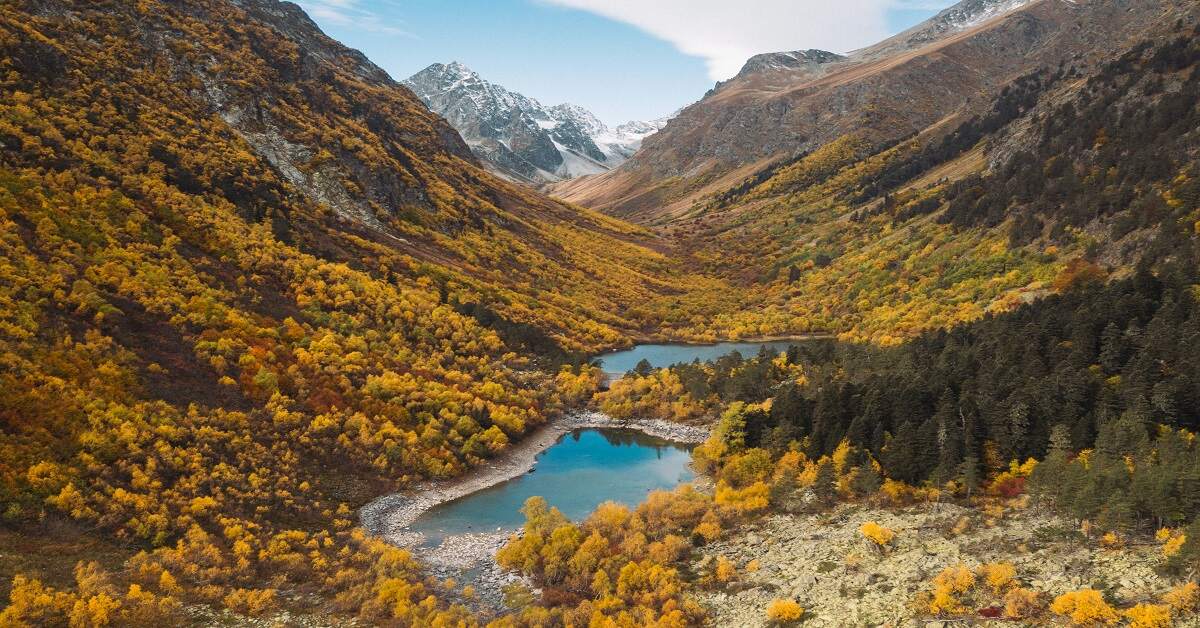 How many mountains are there in Japan?

There are around eighteen thousand mountains in Japan in total. However, some mountains are more celebrated than the rest. Some have religious importance and others give great scenic views.

How do you reach the mountains in Japan?

Most of the mountains are easily accessible from nearby cities. There are public transport facilities like buses and trains that run at their specified timings. You can also reach the mountains by car.

If you want to reach the top of the mountain, then there are generally only two options. Hiking and Cable car. At some places, buses might take you to the top.

What are the names of mountains in Japan?

Some of the mountains in Japan are named Mount Fuji, Mount Aino, Mount Kita, Mount Tate, etc. There are other mountains which are equally famous and cherished.

Which is the highest mountain in Japan?

The highest mountain in Japan is Mount Fuji. It is one of the sacred mountains in Japan and stands at a height of 3776m. It is also called Fuji-San. It is a national symbol and the most celebrated mountain in the Country.

What are major mountain ranges in Japan?

The major mountain ranges include the Japanese Alps. Both in the northern and southern region. It was originally called the Hida Range. The central fold of the mountains is formed by the Kiso and Akaishi ranges.