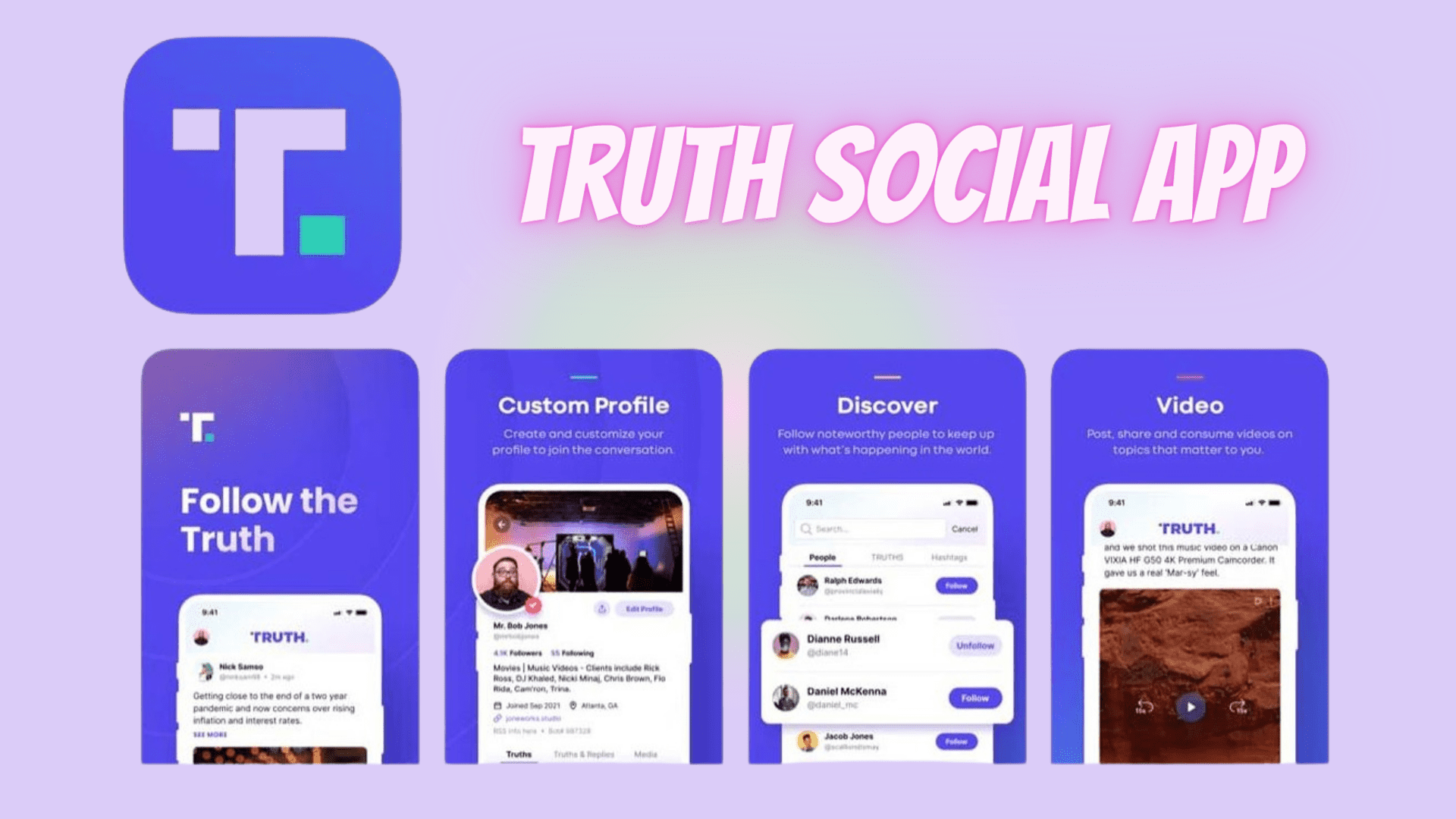 The Truth Social app was launched on 21 February 2022 by the US’s Former president, Donald Trump, after he was abducted from the popular social networking site, Twitter. Donald Trump’s Truth social app was announced to be the social platform entertaining “Free Speech” from the users without discriminating against them based on their political beliefs.

What is the Truth social app? Trump Media and technology group announced a social networking app, the truth social app, with CEO Devin Nunes. The app is known for not having any communication guidelines; therefore, It claims to provide users with a restriction-free online podium to put forward their thoughts and beliefs.

The truth social app is available on apple stores to be easily downloaded. The android version of the app is not yet released, though the promise of its availability has been in the crowd for a while now.

There you are set to go with the Truth social.

You can download Truth Social App by clicking here.

The Truth social recently acquired the No.1 spot in the apple store after the news of Elon musk buying Twitter. The app now has 1.2 million downloads; therefore, it can be said that Trump’s truth social status did gain popularity and success after all.

There was a recent launch of the web version of the Truth social, thus permitting access through different web browsers.

Features of the Truth Social App

The Truth social app is running a long run in the race of networking apps. The app allows the user to experience diverse experiences.

The truth social app has the search option that facilitates the user to search for their favorite people to follow them and thus be updated about their posts, truths, and re-truths.

Validating people’s opinions, thus Donald Trump’s truth society gives you the chance to put your opinion forward in the form of Truth and a-trust.

Posts on the truth social app are shared in the form of truths, and if the user wants to reply to any truth posted, the reply is termed the re-truth.

The users have vast access to post images, videos, and GIFS. The users can also re-truth people’s posts by any of these mediums.

The user experiences the feed according to the latest trends and the following persona. The truth social app uses the algorithm to make a suited feed for specific users.

Messaging experience from the other users.

The users get access to messaging other users and having conversations.

Now you can like the truths posted by other users and even get the benefit of liking the re-truths of other users.

The Truth is social gives privacy concerns and options of blocking other users and concern for your safety.

Public word of mouth says The Truth is social to be a clone of the leading networking social app Twitter. Many prime journalists reported that The Truth social is just a replacement of Twitter by Donald Trump, as, after the 6 January riots, the former president’s Twitter profile was removed.

Many users believe so, and if you check the framework of the Truth social and user interface, it does appear to be a clone of Twitter. After the former president was kicked off from Twitter and Facebook, he announced the launch of his networking app. Donald Trump’s social media follows many features of Twitter.

It can be said that Donald Trump’s Truth social is more or less like Twitter, but even if it hit a tough start, the Twitter backlash due to Elon Musk buying it did profit Truth social as many new users joined the app while a number of Twitter profiles were reportedly deleted. The app hit the first position in the apple store, benefiting from the twitter chaos.

When will the truth social app be for android?

The Truth social is not yet available for android users. The truth social android release date is assumed to be announced soon.

Android users cannot download The Truth social as it is not yet made available on the play store and android app store.

Recently, the news flashes of the Truth are available to access different web browsers as the web version was launched.

The news of the truth social android availability can be expected soon as the sources talk about the deal signed between the TRuth social officials and google,

We can expect its availability soon.

Some sources think about the chances of pre-order accessibility of the android version, too, as it is in the ios version.

Is the truth social app free?

The fact check made it known that Truth social does not charge anything.

Can you expect anything good in the future from Truth Social?

As the app has been growing exponentially in recent times, it can be expected that the app may provide many users. It can be hoped that the app may spread from the rear of the US to worldwide. THer are some loopholes that should be concerned in order to make the app user’s favorite.

If the app meets the user’s requirements, it can gather public attention worldwide easily.

The truth social app has secured its “big-tent” place in America’s list of networking apps. The easy profile setting and free use of this app is an excellent fit for the users. Enjoy posting truths and re-truth so people you admire and make your thoughts opinionated by the public.